The Lifestory of the Bayeux Tapestry

No written sources indicate who has ordered the Bayeux Tapestry or for what purpose.

Over time many theories have been put forward. One theory is that Bishop Odo, Vilhelms half-brother, has ordered it produced either in Normandy or in England.

has been involved. In France the tapestry is still referred to as “Tapisserie de la reine Matilde”.

But most people agree that the tapestry has been embroidered during or immediately after the events took place, since the realism of the artistic depiction of the people, clothing, ships, tools etc. from the Viking Age still today gives us a vivid impression of the conditions of life 1000 years ago.

First time the tapestry is mentioned is in 1476 where it appears on a list of furniture and equipment in the cathedral. Probably it has been kept in the attic of the cathedral for about 400 years – so the known history of the tapestry begins 1476.

In 1792 during the French Revolution the tapestry was nearly being used as a tarpaulin over a carriage destined for a military camp. If the carriage had set off the Bayeux Tapestry would have been lost forever. But fortunately it was rescued in the last moment by Monsieur Lambert Leonard Leforestier, a town councillor and a lawyer, a man who should be remembered with gratitude.

Two years later the tapestry again was in danger. It was meant to be cut in pieces and used for decoration at a public feast day.

But a recently formed art society saved it and in the following years the society and the town council took care of the town treasure.

In 1803 Napoleon ordered the Bayeux Tapestry brought to Paris where it was exhibited in a museum. Napoleon was very interested to see the description of a successful French invasion of England.

After this the Bayeux Tapestry came back to Bayeux where it was exhibited on different occasions. Unfortunately the tapestry was partly damaged because it had been put in a “machine” where it was displayed by rolling the tapestry from one cylinder to another.

After the exhibition in Paris people in England became aware of the tapestry – and in the following years the Englishmen tried to convince the Frenchmen that the tapestry belonged to England. However, they did not succeed.

The rivalry between England and France went on for a number of years. In 1816 the Englishmen decided that the “nationality” of the Bayeux Tapestry should be established once and for all.

Charles Stothard, a talented and well known draughtsman, more artist than craftsman, was in 1815 sent to France to copy the Bayeux Tapestry full-size and coloured.The work took two years.

Stothards copy intensified the debate of the Bayeux Tapestry. When was it created? Where was it produced? For what purpose? This debate is still relevant among researchers all over the world.

More than 500 books have been written about the Bayeux Tapestry besides lots of treatises and articles in magazines.

1842. The tapestry was repaired and exhibited behind glass in the public library in Bayeux.

In 1870-71 during the French-German war the tapestry was removed and kept in a zinc container until the danger had blown over, so it again could be exhibited.

When the second world war broke out in 1939 the Bayeux Tapestry was placed in an air-raid shelter but several times displayed for the Nazis.

In 1944 before D-day June 6th the tapestry was sent to Paris where it was kept in the basement in Louvre. After the liberation of Paris it was publicly exhibited in the last months of 1944.

In 1945 the tapestry returned to Bayeux and June 6th 1948, 4 years after D-day, the tapestry was exhibited in the old Bishop`s Palace.

Since 1983 the Bayeux Tapestry has been exhibited in a special museum in Bayeux, Centre Guillaume le Conquerant, where 400.000 people every year pay a visit to the tapestry. 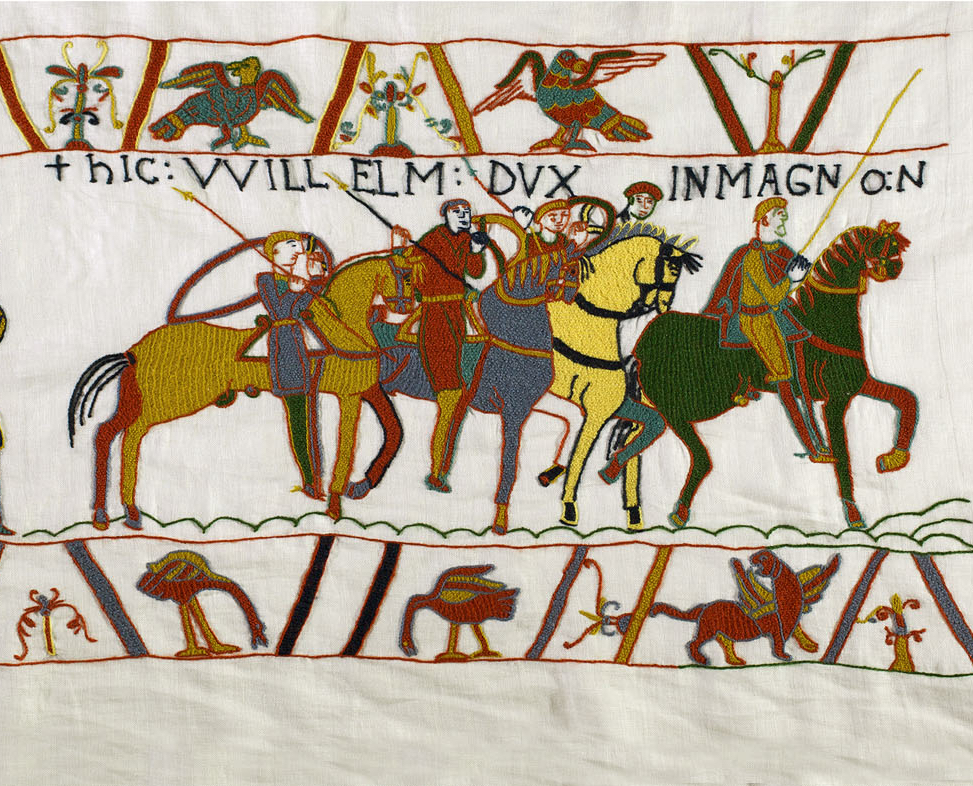 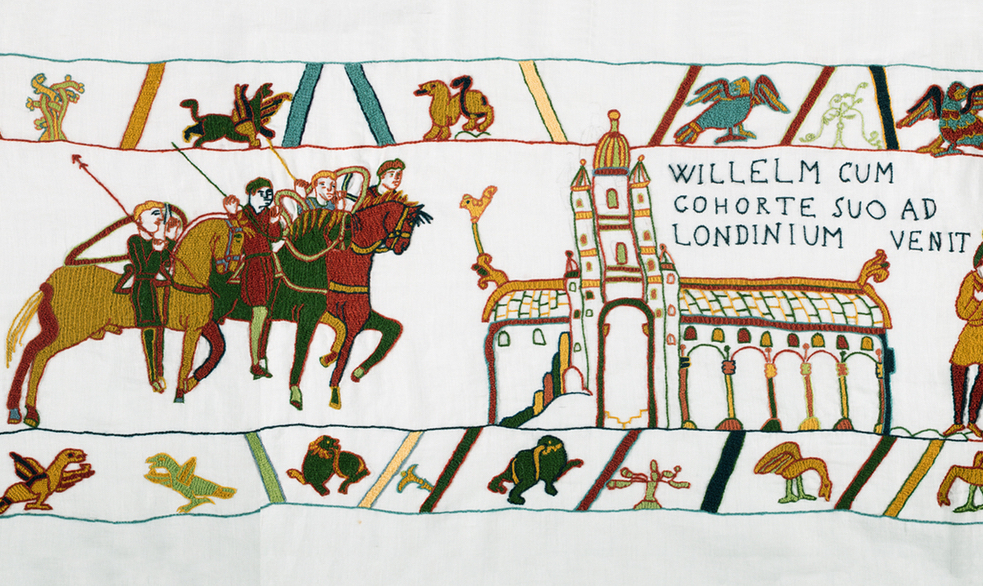 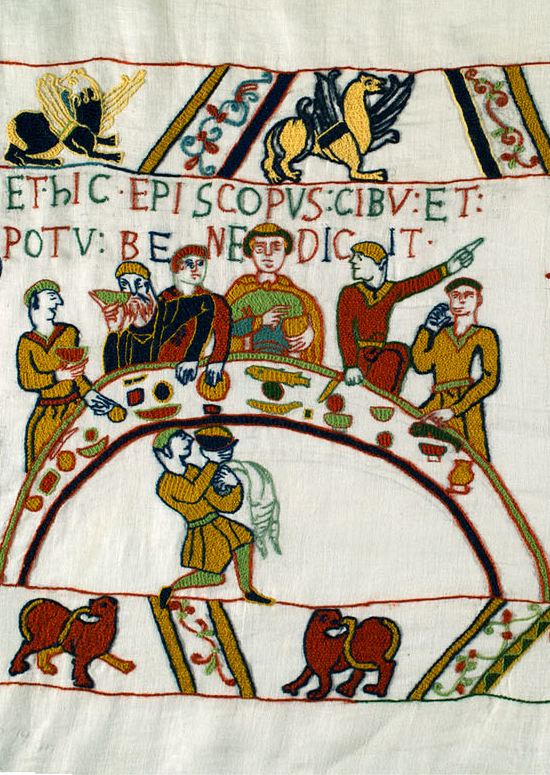