In the book by Mogens Rud ”Bayeuxtapetet” the tapestry is shown in size 1:6. Here it is difficult to see the details. In the beginning we used that book to draw after. Two members of the group were ”handdrawing” the fist scenes on linen and the embroidering started January 4th 2000.

At Aalborg University library we found David Wilson’s book about the Bayeux tapestry. The illustrations in this book is size 1:1,8 and that was much easier to work with. The illustrations in this book clearly show the colors of yarn and the type of stitches ussed. The two who were drawing the motives continued this big task and they were later joined by another person to help with the drawing process. She used her math skills to draw more correctly. The last 5 meters were drawn using a lightbox and black and white copies in size 1:1. This approach was much quicker. David Wilson’s book about the Bayeux tapestry can now be bought at the Danish National Museum in the museum shop. 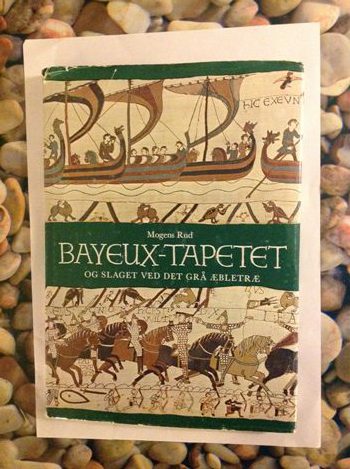 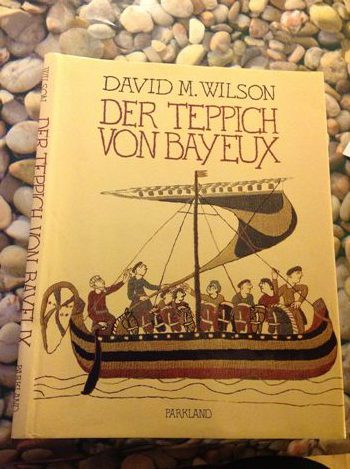 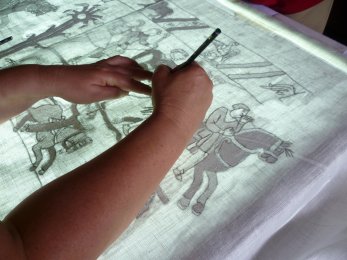