The work in the group

The work in the group:

The idea to the project occurred – in a good local tradition – over a good lunch.

We talked about having missed a big work in togetherness, as we after 10 years as Vikings had finished sewing canvas to the tents, our own shoes and our own clothes.

Members of the Viking group are all sewing by hand just like the Vikings did it. At the annual Viking market at Lindholm Høje we already for years have told and shown the guests about the Viking age, the handicrafts and the needlework.

To copy the Bayeux Tapestry fitted nicely into the purpose of the Viking group. We embroidered the “cartoon”, that tells about the great battle in 1066, which is said to end the Viking age.

Our work began on the 4th of January 2000. It was to months after the idea was presented. Linen and yarn was purchased and the first scene was drawn after the book Bayeuxtapetet by Mogens Rud.

Some of us should make an embroidered sample in order to be allowed to embroider. On that evening, we made the first stiches.

We decided to work two hours every Tuesday evening and one Saturday or Sunday a month – many hours are therefore put into the project – but it has been extremely cozy and it has given us a great solidarity in our group.

Already at the Viking market in year 2000 we embroidered on the tapestry – and we have done that on every Vikingmarket at Lindholm Høje since then.

We were very much surprised by the great interest from the marketgests. Many gests came every year just to see how far we have managed to come. 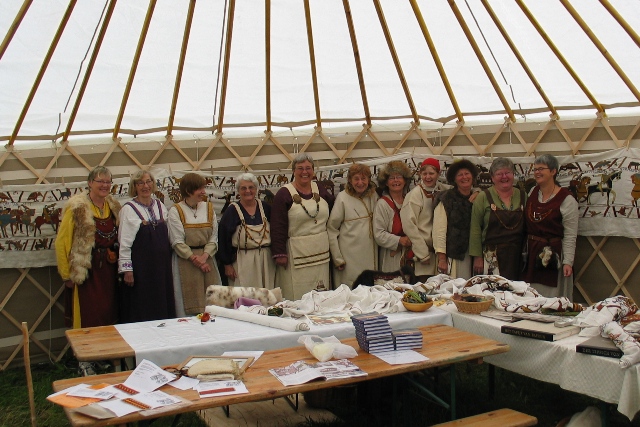 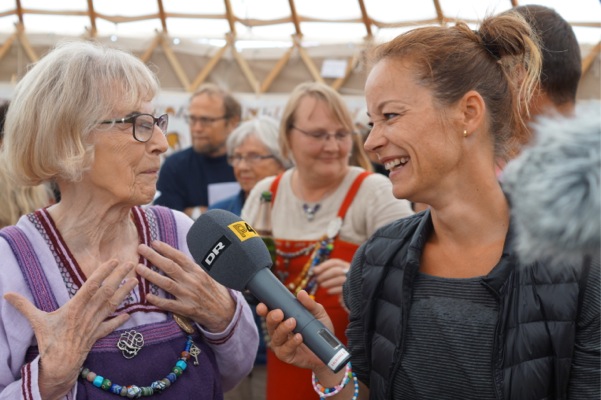