Beside working on a replica of the Bayeuxtapestry, our purpose was to work for a permanent exhibition for the replica. The bayeuxgroup has allways wanted the exhibition to be in the local area in Nordjylland. After a refusal from the Lindholm Høje Museum we started looking for another place. In 2008 we were invited to join the Kildemarked at Børglum kloster. We made an exhibition at the marked for three days. This was the start of our cooperate with Anne and Hans Rottbøll at Børglum Abbey. We have joined the Kildemarked every year since and have given lecture for FOF about the Bayeuxtapestry at Børglum Kloster.

After some meetings we agreed to work for a permanent exhibition at Børglum kloster and we made a contract january 11.th. 2012. With Anne and Hans Rottbøll.

The complete tapestry would be shown in a showcase with correct light and tempreture at Børglum Abbey.

The exhibition opened May 2015. 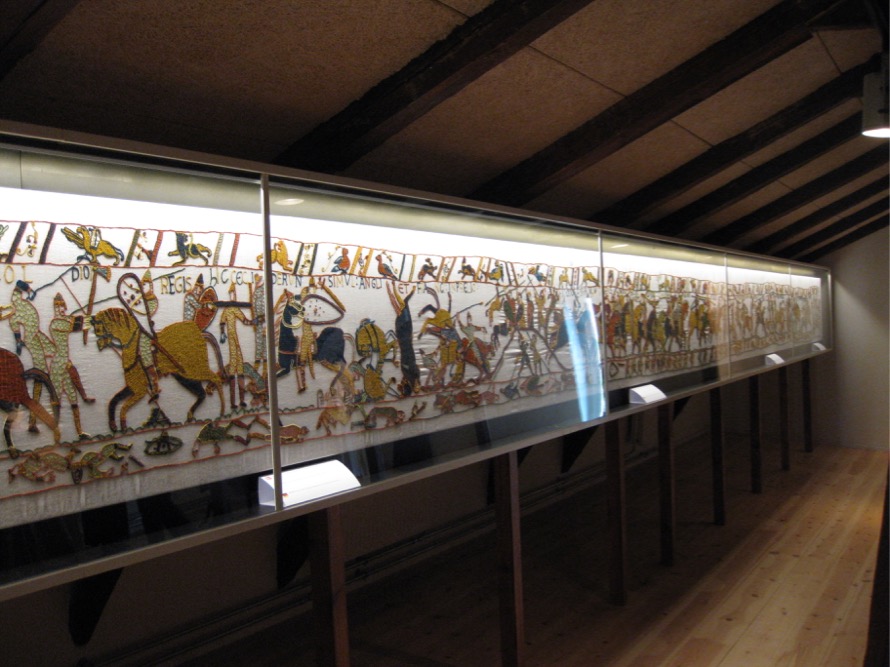 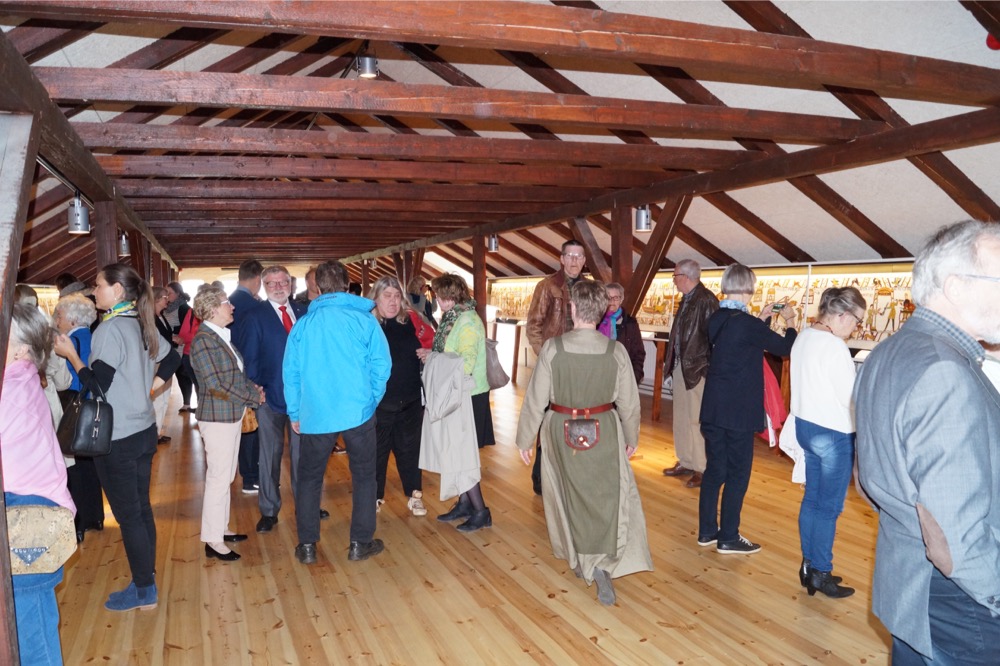 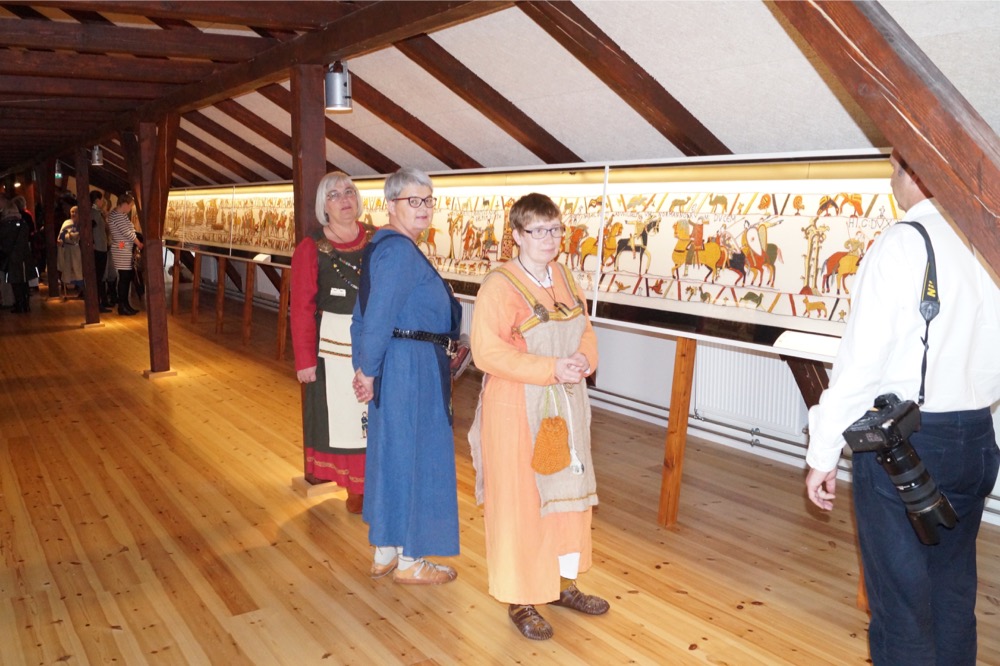 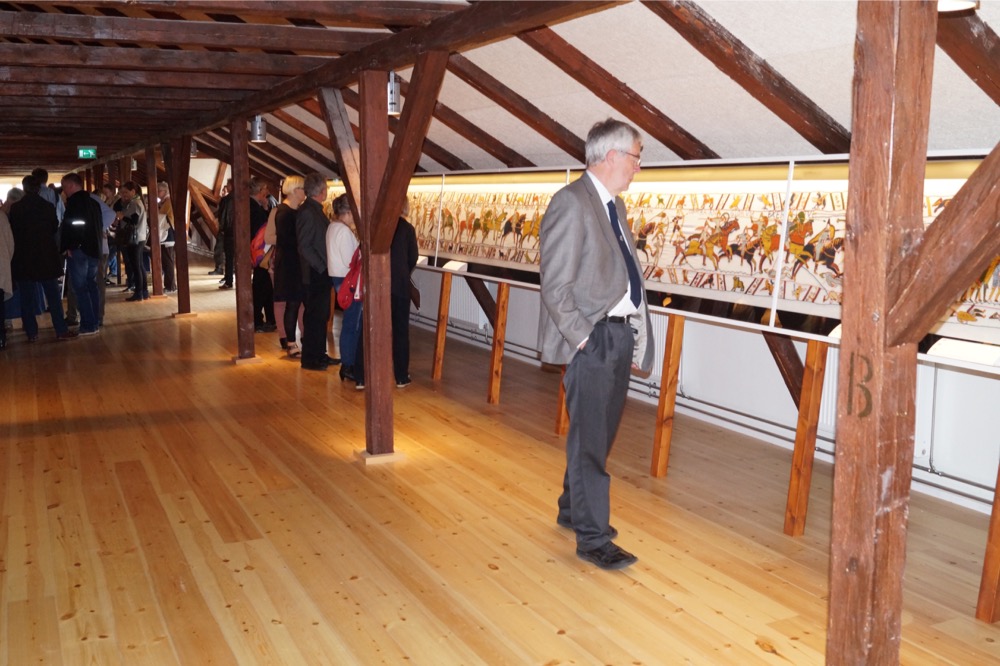