Ending to the Bayeux Tapestry

In the Bayeux group we had a debate about the ending to the original Bayeux Tapestry.

It is obvious that the ending is missing. The end shows Harold is dead, the battle has ended and you see the English men flee. The ending part of the tapestry is missing, and no one knows anything about it.

We desided to create our own ”ending” and debated possible motives.

From every source (Vilhelm of Poitier’s cronicle) it is known that Vilhelm, after the battle, went to Dower with his men. The men at Dower castle had decided to surrender. Still, some of Vilhelm’s men burned down the castle and other buildings. Vilhelm became very angry, and to apologize for his men’s behaviour, he payed compensation to the people of Dower.

Next Vilhelm rode towards London, and on the way his people plundered and ravaged many towns and villages. At Christmas time he came to London with his army, and Christmas day 1066 Vilhelm was crowned and anointed in St. Peter’s Cathedral – later Westminster Abbey.

We have chosen the following scenes to describe the time leading up to the crowning.

The crowning, especially, must have been a motive on the missing piece.

We have chosen to use the same style and colors as in the original.

Below drawing presentations for two scenes from Anny Svendsen. The motives for the other scenes are taken from the Bayeux Tapestry.

Our ending will be 3.1 meters long and 0,5 meter high. With 8 scenes as described above.

The ending will be an independent part and will not be connected to the copy of the tapestry. 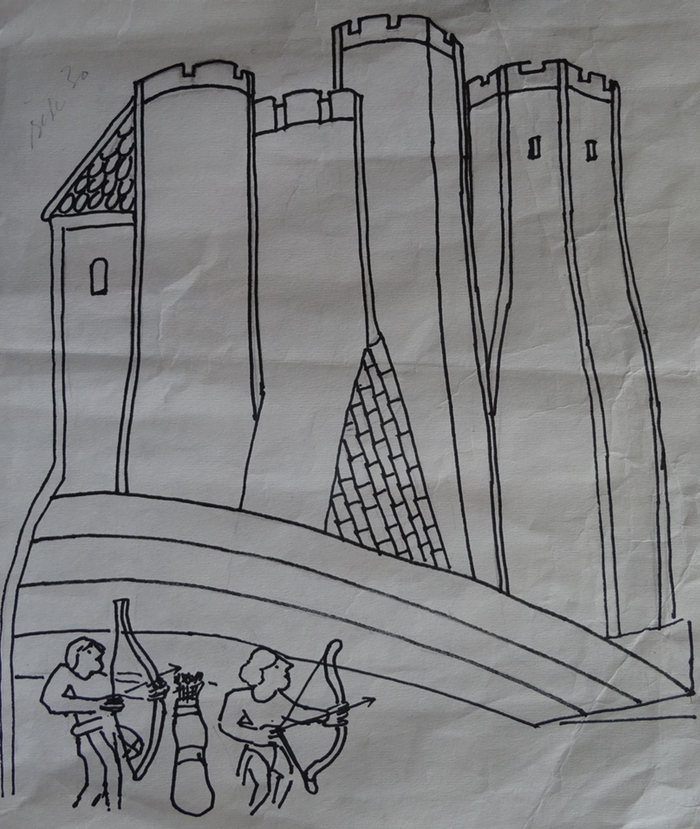 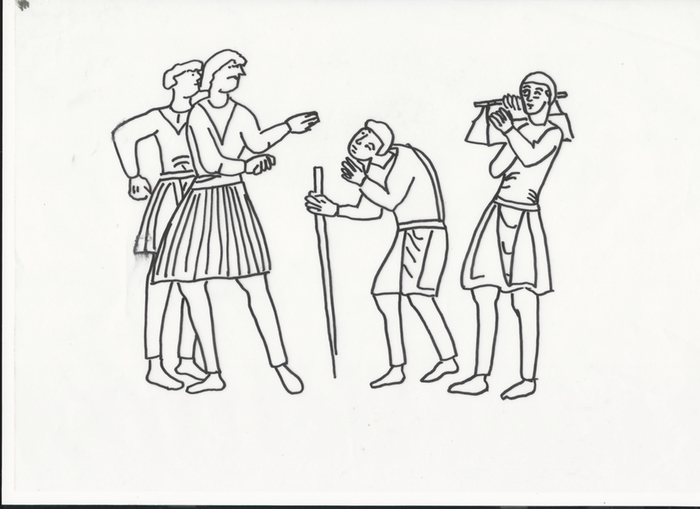